You won’t want to miss Mexico City’s imposing Palacio de Bellas Artes (Bellas Artes Palace), located about seven blocks the west of the Zocalo, next to the Alameda Central Park. Immediately you will see why this grandiose domed Palace is among the most important of the city’s myriad sites and attractions. 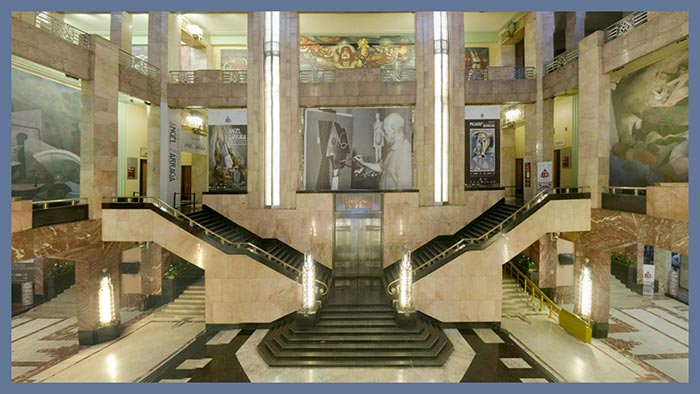 Commissioned by President Porfirio Diaz to replace the previous National Theater that was demolished in 1901, Italian architect Adamo Boari began the project in 1904. The original plan was to finish the construction in time to celebrate the centenary of Mexican Independence in 1910, however work on the building was stalled initially due to construction issues and then the outbreak of the Mexican Revolution. At the end of the Revolution, Mexican architect, Francisco Mariscal, continued the project, and the landmark was finally inaugurated in 1934. 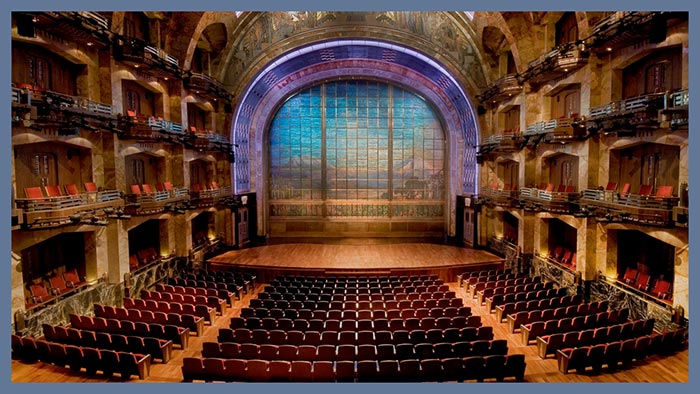 The Palace hosts exhibitions and theatrical performances and is the main venue of the Ballet Folklorico de Mexico. Beyond theater, the Palace also promotes visual arts, dance, music, architecture and literature. There are two museums housed within the building: the Museo del Palacio de Bellas Artes (Bellas Artes Palace Museum) that hosts temporary exhibits; and the Museo Nacional de Arquitectura (National Architecture Museum) that occupies the top floor of the building. There are epic murals on interior walls on the first and second floors by some of Mexico’s greatest artists, including Diego Rivera, Jose Clemente Orozco, David Alfaro Siqueiros and Rufino Tamayo. On the ground floor you will find a restaurant and bookstore.