Teotihuacán, Place of the Gods

The ruins of Teotihuacan archaeological site are among the most remarkable in Mexico. The Aztecs believed that the gods created the universe in this ancient city that once flourished as the epicenter of culture and commerce during Mesoamerica’s Classic period. Located about 50 km (30 miles) north of Mexico City makes an ideal day trip for history and anthropology buffs.

The site was inhabited from around 200 B.C. until its collapse almost one thousand years later. Teotihuacan is thought to have had a population of about 200 thousand inhabitants at its peak.

This ancient site is enveloped in mysteries that add to its intrigue and appeal. Experts do not know to what ethnic group the people of Teotihuacan belonged, nor what language they spoke. For this reason they are called Teotihuacanos. The name of the site, which means “place of the gods,” comes from the Aztecs. By the time of the Aztec civilization, Teotihuacan had already been abandoned for hundreds of years, but the Aztecs considered it a sacred place full of myths and legends. 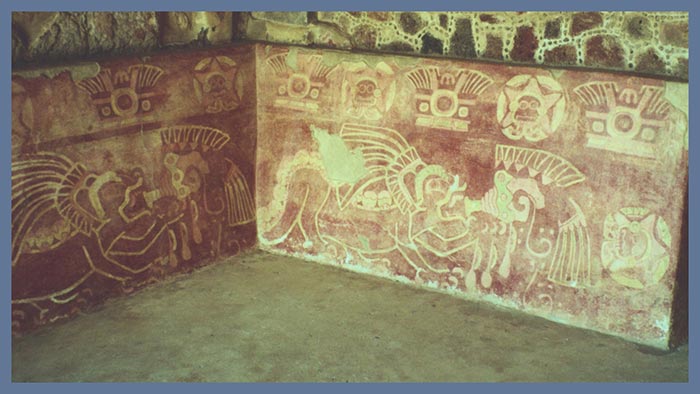 The principal road running through the center of Teotihuacan, called the Avenue of the Dead, is almost a mile and a half long, and about 130 feet wide. Many buildings surround the Avenue of the Dead. The Pyramid of the Sun, Teotihuacan’s most impressive structure towering more than 200 feet in height, presents a challenging but worthwhile climb. From the top you can appreciate the full extent of the site and the view is breathtaking. 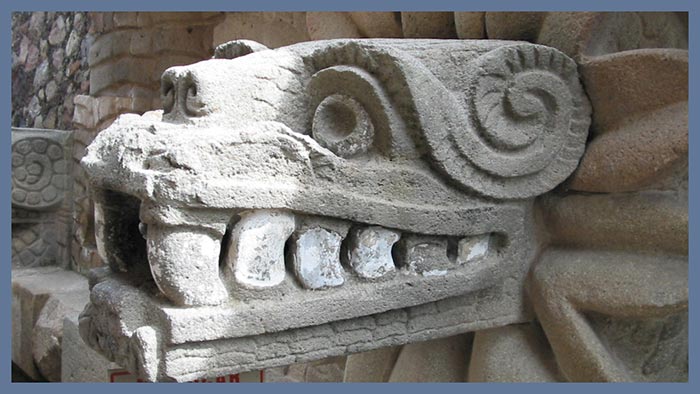 More remarkable structures at Teotihuacan include The Pyramid of the Moon, the Temple of Quetzalcoatl and the Palace of Quetzalpapalotl.

There are several entrances. If you have a full day and wish to visit the whole site, it is best to go through the first entrance (Puerta 1). Begin at the site museum, then visit the Citadel, Temple of Quetzalcoatl and Tlaloc. Now continue along the Avenue of the Dead to the pyramids. If your time is limited, you may wish to use the second or third entrances (Puerta 2 or Puerta 3) and just visit the more imposing structures: the Pyramid of the Sun and the Pyramid of the Moon.