The Zócalo is the common name of the main square in central Mexico City. Prior to the colonial period, it was the main ceremonial center in the Aztec city of Tenochtitlan. The plaza used to be known simply as the “Main Square” or “Arms Square,” and today its formal name is Plaza de la Constitución (Constitution Square). This name does not come from any of the Mexican constitutions that have governed the country but rather from the Cádiz Constitution which was signed in Spain in the year 1812. However, it is almost always called the Zócalo today. Plans were made to erect a column as a monument to Independence, but only the base, or zócalo (meaning “plinth”) was built. The plinth was destroyed long ago but the name has lived on. Many other Mexican towns and cities, such as Oaxaca and Guadalajara, have adopted the word zócalo to refer to their main plazas, but not all. 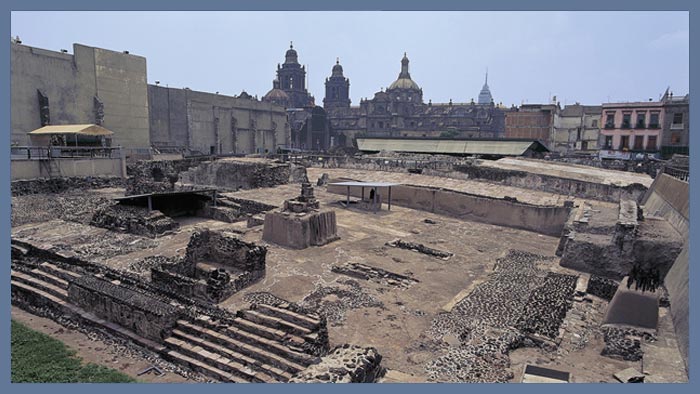 The Festival de México is an annual event with programs dedicated to art (popular and fine) and academia held in the Zócalo and some other venues in the historic center. In 2008, the 24th Festival had 254 performances and shows from over 20 countries in 65 plazas and other locations near the plaza..